Tandem Coffee Roasters was founded by Will and Kathleen Pratt in 2012 in Portland, Maine’s East Bayside neighborhood. The cozy, minimal café and roastery deliberately has no WiFi to encourage conversation, and with the help of a thoughtfully curated record collection on rotation, the space is as intimate as a friend’s living room. In 2014, Tandem opened a second location in a former 1960s gas station-turned-laundromat in Portland’s West End. In collaboration with the Pratts’ friend and baker Briana Holt, Tandem Coffee + Bakery is now a bustling neighborhood mainstay with a pastry case filled to the brim with baked goods featuring unexpected twists on familiar flavors and the highest-quality ingredients. Tandem offers a rotating list of single-origin coffees sourced with care and roasted meticulously, and their production team cultivates meaningful relationships with small growers and specialty importers and exporters, making several origin trips a year to farms and mills in Ethiopia, Guatemala, Kenya, and Columbia. Tandem is available at more than 80 establishments, including 35 Whole Foods Markets in the Northeast.

Our work with Tandem began in 2015 when we saw an opportunity to help them turn a coffee subscription business into its own revenue stream. We developed a customized CRM to transition them from paper printouts to digital records, and to better manage and track the sales process. Over time, we helped them grow their subscription base twentyfold to a major driver of online sales. We also helped them develop The Good Thing, a coffee and vinyl subscription, as well as Spotify playlists called Tasting Notes so they can share their love of music with their customers.

In addition to moving their website from Big Cartel to Magento, and then later to Shopify, we also helped Tandem implement several substantial ecommerce systems, including a new and more dynamic shipping system. We introduced, implemented, trained, and supported them on an ERP system that includes a wholesale portal so that roasters and the production team can look at a dashboard and see what to roast on any given day.

Our partnership with Tandem over the years has included everything from marketing support to strategic business consulting. We’ve executed newsletter campaigns, merchandise sourcing, shipping and logistical support, and packaging troubleshooting.

In anticipation of an eventual website update, we art directed a two-day photo shoot to create new imagery that better reflects the Tandem brand. The challenge here was capturing all the necessary headshots and food and coffee shots, but also finding a way to visually capture the less tangible Tandem vibe and feeling of community.

Tandem had seen substantial organic media exposure since their inception in 2012. The challenge from a PR perspective wasn’t getting meaningful media placements. Instead, we worked with them to help manage, direct, and focus their PR efforts more strategically. Telling their story in a way that highlighted their partnerships, new products, and brand ethos would ultimately be more meaningful to them over the long-term. Within the first six months of our PR partnership, Tandem was included in a Travel Channel story on Portland, Maine, a coffee gift guide in New York Magazine, and two inclusions in SmarterTravel, among others.
‍

In April 2019, First Pier helped Tandem launched an ambitious initiative to drastically reduce waste at both of its locations in Portland. The company made the decision to lower all drink prices by 25 cents and start charging customers 25 cents if they need a single-use cup for their drink order with the goal of reducing single-use paper consumption by 30 percent over the next year at both locations. Within the first week of the change, Tandem’s initial numbers showed a 28 percent reduction in single-use cups compared to 2018. First Pier led public relations for this initiative, securing placements in several online publications, as well as the daily paper and on local TV. Just weeks after the launch, Tandem received high praise from coffee shops around the country asking for advice on how to start their own similar initiative. We continue to work with Tandem after the launch to keep customers and the general public informed on their progress through publicity, social media, newsletters, and their website 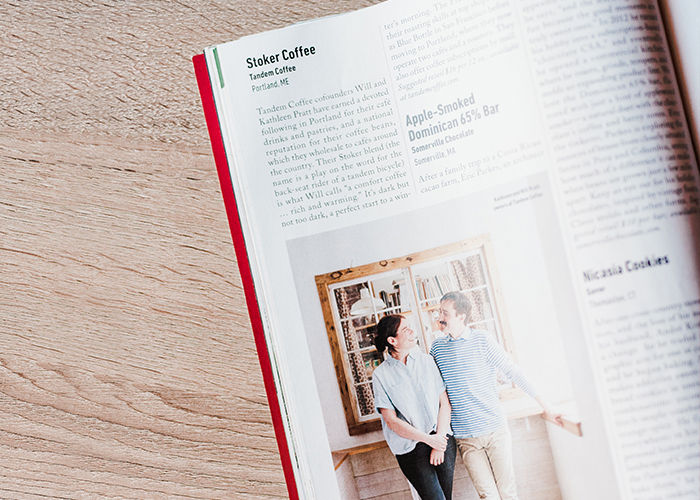 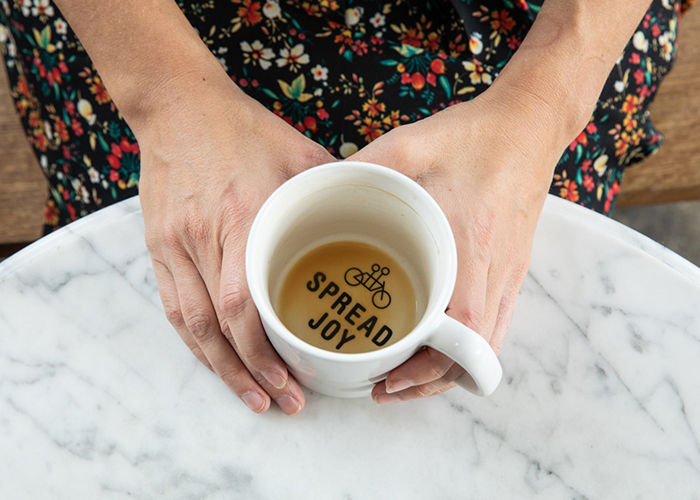 We’ve helped Tandem in a multitude of ways to lay down their marketing foundation digitally and traditionally. We continue to work with them to introduce innovative ways to reach Tandem Coffee fans from afar through ecommerce while delivering their unique brand experience, bridging the gap between customers’ in-café experience and their at-home experience, while always ​“spreading joy.”