Founded in 2010, Hyperlite Mountain Gear offers high-performance, ultralight equipment that allow outdoor adventurers to do more with less. The company was born out of CEO Mike St. Pierre’s past dissatisfaction with the market availability of high-performing ultralight gear. Today, Hyperlite Mountain Gear product development is steered by the internal motto, ​“Precisely what’s needed and nothing more,” and is dedicated to developing high-quality products free from the latest trends and nonessentials. The company has been rapidly expanding each year since inception and is located in the Pepperell Mill, a historic Biddeford, Maine mill that once employed thousands of textile workers from the mid-1800s through the late 20th century. Hyperlite Mountain Gear proudly sources all materials, and hand-crafts its products, directly in the U.S.A.

We have a long-standing relationship with Hyperlite Mountain Gear, having worked on four iterations of their ecommerce website over the years, migrating them from Magento Go to Magento and most recently to Shopify. We have been a trusted partner as their business has experienced tremendous growth in a short period of time. A few years ago they came to us wanting to do a website overhaul. Sensing they needed help not just with their site, but with their overall marketing foundation, we helped initiate a rebranding project in partnership with Make Studios. One of our biggest contributions was in site architecture that ultimately improved usability and customer pathways by reorganizing the site hierarchy and creating information filtering, such as by Activity, for example. We also optimized SEO to build rank and authority around specific terms and grew their mailing list, which drives a large percentage of sales.

In addition to this site redesign, we have helped Hyperlite Mountain Gear along the way with everything from email marketing, social media marketing, design, ad campaigns, product launches, recruitment, customer service, and public relations, continually helping them grow as one of Maine’s première internet startup retailers.

When it came to customer service, we helped them build a knowledge base on Zendesk to cut down on inquiries and systemize their workflow. Now, when customer service requests come in, they can be categorized and routed correctly, as well as reported on. We have also worked to accommodate fairly established workflows specifically around wholesale ordering and accounting, as well as back-office administrative tasks and accommodating those workflows in a new system.

Our public relations work with Hyperlite Mountain Gear began in 2017 with the launch of the company’s first-ever apparel product, The Shell. One month later, HMG’s Half Insert was launched. What followed was a successful holiday season with a cover shot featuring the UltaMid in Backpacker Magazine, several national gift guides, including Men’s Health Magazine in print, New York Magazine, Gear Junkie, Gear Patrol, and Digital Trends. The focus for 2018 public relations was for consistent publicity surrounding ultralight and thru-hiking with a goal of securing higher-profile pieces in outdoor magazines, such as Outside and Backpacker.

In July 2018 - HMG identified an urgent need for employee recruitment support that would include PR, website enhancements that include a recruitment tool, media buys, and broad campaign management and support. On the PR side, three local stories were secured, including a company profile in the Bangor Daily News, inclusion in a Portland Press Herald piece pertaining to a recovery program that engages local companies, and finally, a front-page story about a local sewing school that places graduates for employment in some of Maine’s most successful manufacturing businesses. 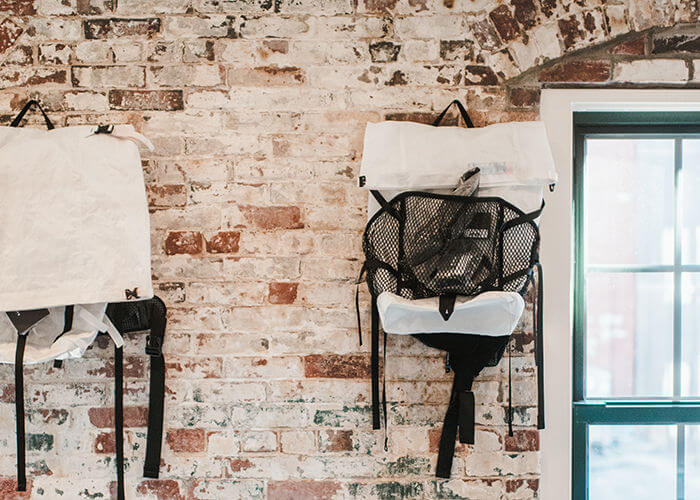 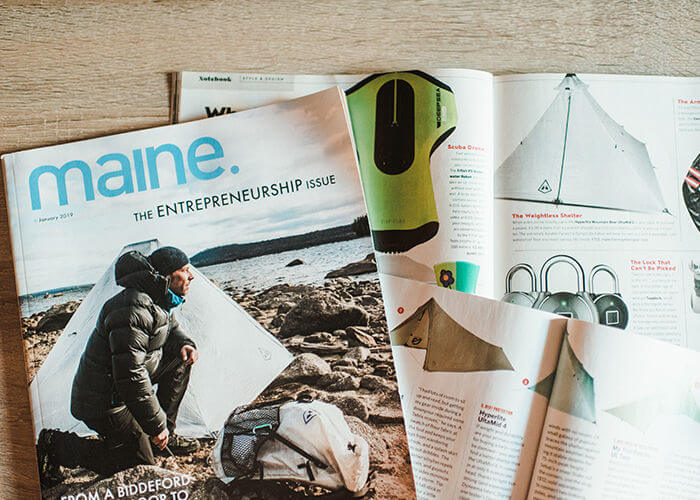 A brand whose gear is used all over the world — at the top of Mount Everest and beyond — demands a strong internet presence and the systems to deliver it. Through our long-term partnership with Hyperlite Mountain Gear, we’ve been able to help them continuously innovate by providing our own continuous innovation of their ecommerce systems.